Roulette is a casino game that is named after the French word for a small wheel – roulette. The game has been entertaining gamblers from all over the world for nearly 300 years. Its history takes us back to the times when the first forms of roulette have appeared in Europe during the 17th and 18th century. It is considered that Blaise Pascal (the famous French mathematician and scientist) invented the roulette mechanism in 1657, in his search for a perpetual motion machine.

The game is considered to be a combination of the English wheel games Reiner, Ace of Hearts, Roly-Poly, an Italian board game named Hoca and Biribi and an already existing French board game of the same name – Roulette. In 1739, Roly-Poly was prohibited in United Kingdom as well as many other games of chance which were popular at that time. In the next 50-60 years the roulette had gone through many modifications and transformations until 1796 when in Paris the game started to be played in its present form and the modern roulette wheels became popular in the casinos in Paris. It contained the same elements as the modern wheels do – the black and red sectors, the position of the sectors from 1 to 36 around the wheel and the 00 sector in the American roulette (the odds of a game with a 00 sector are more favorable to the casinos since the chance for the players to lose is bigger). The only difference was that the 0 sector was in red color (although, the casinos prohibited all bets on red, in case, that a zero came out) and the 00 sector was black (bets on black were losing). Later, in order to remove this confusion they changed the colors of 0 and 00 to green.

Meanwhile, two brother inventors from France went the other way and started looking for ways to make the odds of the game more favorable to the players. Francois and Luis Blank brought in the first roulette wheel with one 0 sector only (without 00) in 1842. They left France, where the gambling was prohibited and went to live in a house in Hamburg (Germany). The wheel with one 0 sector, with 2.7% favor to the casino instead of the 5.26% of the wheel with 00 sector, was a great success. After that Luis Blank was invited to Monaco by the prince of Monaco, Charles III, (after whom Monte Carlo was named), and he started working for the casino and setting casino standards for the whole Europe.

The game was very popular, until the moment the players thought that blackjack may be outwitted. Despite this fact, roulette is still one of the most popular and interesting games around. You may learn how to play it by reading our roulette rules section.

MyCasinoStrategy is one of the most comprehensive roulette strategy guides around. Here you will find more than 20 different, effective strategies which will help you win. You may check our basic, intermediate and advanced roulette strategy, as well as all the other effective systems that we have gathered for you. 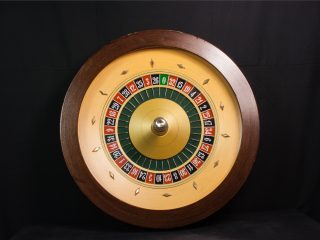